Do you know the difference between a bay window and a bow window? If not, don’t worry you’re not alone. While most homeowners can tell a double-hung window from a casement, and some even know the slight distinction between a hopper window and awning window (hoppers tilt in from the top, awnings swing out from the bottom), few people can accurately differentiate a bay window from a bow window.

And that may seem surprising considering that bays and bows are two of the most beloved of all window styles, and always have been. However, when you look a little closer, it’s easy to understand why people are often confused.

Below are detailed descriptions of the two windows styles, along with the features and benefits that make bays and bows unique, popular and—hopefully—memorable. But before discussing their differences, it’s important to know that they have one thing in common: Unlike other types of windows, bays and bows project several inches from the house, and that one shared characteristic makes these windows special.

The most distinguishable feature of the popular bay window is that it’s composed of three sashes that are joined (or mulled) together at an angle to form one fully assembled unit. It projects from the house, creating a wide-angle view and deep, comfortable window seat. The large center fixed sash is flanked by two narrower casement or double-hung windows, which angle back to the house at either 30° or 45°.

Angled bay windows are typically installed in living rooms and dining rooms, but they’re suitable for wherever you’d like to capture expansive views and flood the interior with natural light. When considering a bay window, keep in mind that a 30° bay projects about 13 inches from the house, while a 45° unit projects about 19 inches.

In most installations, a small roof is built over the top of the window. Occasionally a bay window can be tucked underneath an overhanging eave, eliminating the need for a roof.

A variation of the angled bay is the box bay window, which is also commonly called a sun bay. It has three sashes just like a traditional bay window, but the sashes are at right angles, forming a square protrusion that extends about 22 in. from the house. Ordinarily, box bays have a fixed center sash that’s flanked by two narrow casements. And a small roof is built across the top of the window. Box bays are most often installed behind a kitchen sink.

A garden bay window is similar to a box bay, except that it has a slanted glass roof, which creates a mini-greenhouse for growing potted plants and flowers.

A bow window is comprised of a series of same-size casement and fixed-pane sash that are joined together to form a graceful arch or bow. As a result, the view out the window is practically panoramic. And although bow windows don’t jut out as far as bay windows, they do extend enough to form a cozy interior window seat.

Bow windows come in a wide variety of sizes, ranging from about 4 ft. wide to 13 ft. wide. The most popular bows are composed of four or five sashes, but larger units are available from some manufacturers.

Bow windows project from the house from as little as 4 in. to over 24 in., depending on the size of the window. For example, an 8-foot-wide, four-sash bow sticks out less than 10 in. Bow windows are often tucked up under an overhanging eave, but when that’s not possible, a roof is built across the top of the window. And as with bay windows, bow windows are most often installed in living rooms and dining rooms in order to capture the most expansive views and the maximum amount of natural light.

When shopping for a bay or bow window, keep in mind that many of the options and features available for standard windows—such as double-hung windows and casement windows—are also available for bays and bows. That includes double-pane and triple-pane glass, energy-efficient Low-E coatings, pre-finished colors, decorative grilles, and etched-glass patterns and designs.

No one has commented yet. Be the first to post one!

Let’s Get You A Free Quote 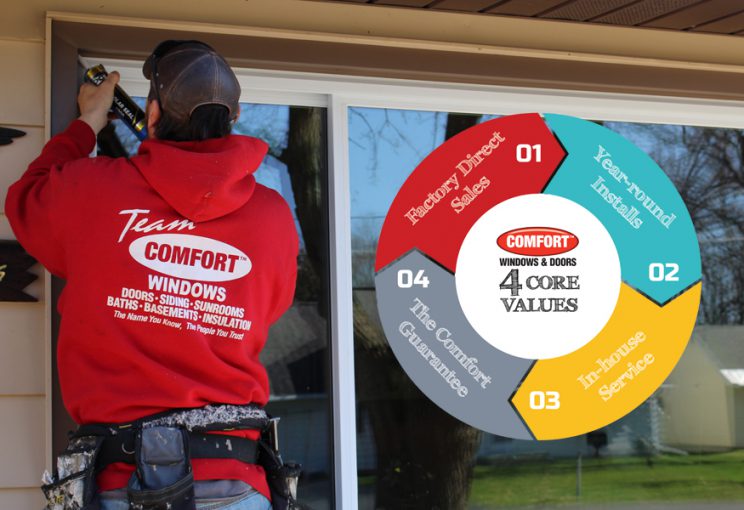 Your Guide to Choosing the Right Window Replacement Contractor 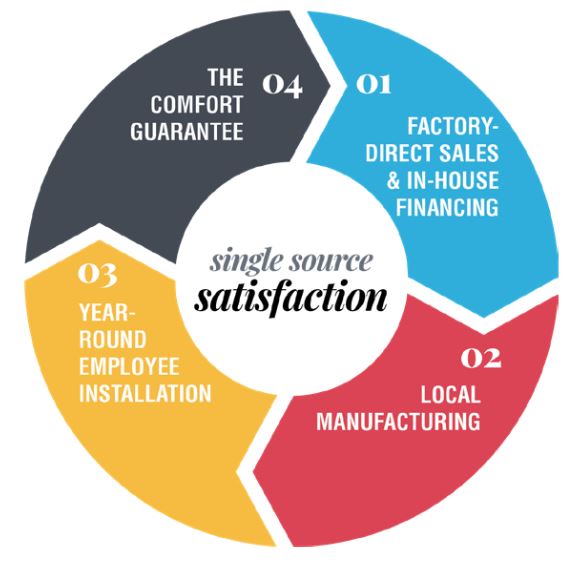 What Is Single Source Satisfaction?: Your Ideal Window Replacement Company 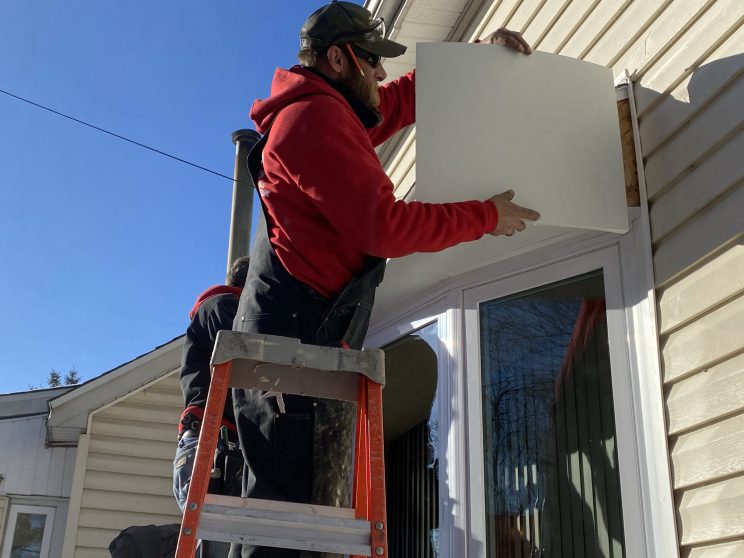 COVID-19 and Its Effects On the Home Improvement Industry